First ride out today without any inner tubes. The scourge of the road rider, the puncture, should now be a thing of the past. Well within reason, nothing’s going to stop a double pinch flat or a shard of glass making an inch long slash in the tyre unless you run solid tyres. Maybe I should look into those Tannus tyres if I want that level of puncture resistance.

Anyway what setup am I running? I’ve gone for the leaders (possibly the inventors as well?) of tubeless bicycle tyre technology Hutchinson. There’s no other manufacturer with as complete a range as them, and having been impressed with their normal road tyres last year it was a no brainer. The tyre model I’ve chosen (with a little advice) is the Fusion 5 All Season Tubeless with the 11Storm compound. I’ve matched these with Mavic’s new open pro UST tubeless rims. Again a top product for going tubeless with specifically design to do so.

Now whilst both of these are great products there was a slight bit of incompatibility. Well I say that but it was more of them just being a complete bastard to fit due to the rim strip design. Realistically you should use the rim strips that are designed to work with the rims, I used the Hutchinson universal ones meaning I had to adapt them slightly.

The above is how the finished article should look with the Hutchinson rim strip fitted. It’s best to install the valve and work from there as it gives you a fixed point to start stretching the rim strip from. This makes it slim enough to pop under the bead. The only issue with that is that you end up with a small amount that you are unable to stretch thin enough when you get round to the valve. I trimmed about 1mm from the side of the tape from each rim strip about 30cm long directly opposite the valve. This gave just the right width to be able to seat under the bead. Now this is completely against any fitting instructions but when you are mixing and matching different manufacturers the sometimes you gotta do what you gotta do.

The next issue you may come across with tubeless tyres is actually getting them on the rims. My fingers still hurt two days later. They are tight, in the words of James Brown ‘SURGICAL TIGHT!’. But again this is down to mix and matching manufacturers. There is no gold standard for rim or tyre design yet. Using the Hutchinson universal strips you effectively change the rims ETRTO, and tubeless tyres have a very tight bead to ensure the can’t pop off the rim.

I ended up having to use a zip tie to hold the tyre in place whilst I worked the rest on with a plastic tyre lever. Yes this was difficult but I know I’d rather have a tighter fitting set of tubeless tyres over a questionably easy fit.

When the tyres were on they both blew up easily without the need for a high capacity pump or compressor. The front even sealed for a week before I got round to fitting the rear, and that was without sealant! Best time to add the sealant is after you have inflated and seated the tyre. Simply unscrew and remove valve core and pump in. I used Hutchinson protect air max sealant, it the job perfectly.

So how were they out on the road? 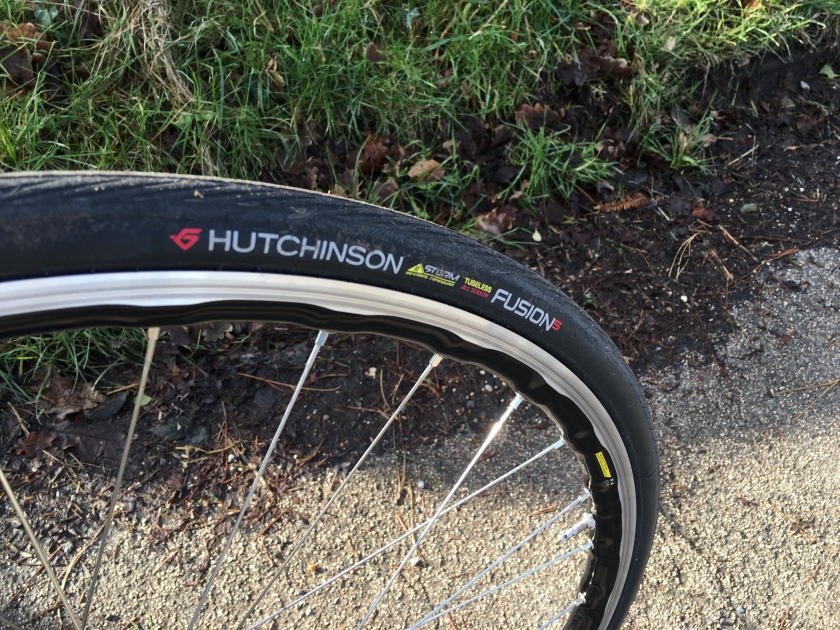 Great, in a word. Maybe it’s because I’ve gone from narrow, heavier rims with tired low thread count tyres and inner tubes to latest tech wide alloy rims and tubeless tyres. They immediately felt like they accelerated faster, held speed easier, were more comfortable (lower tyre pressures as only running 85psi compared to my normal 95/100psi), and with improved handling.

The tyre was still the same section as before at 25c, but due to the increased rim width it results in a stouter profile reducing the tyres ability to roll, meaning more accurate handling and increase feeling of confidence. As far as the ability to hold speed and accelerate faster that has to do with both rim weight and tyre pressure. Less pressure results in lighter impact and therefore bumps and rough roads slow you down less. It’s like riding on glass! So combine less impact resistance with a lighter rim and you are there.

Admittedly this was only a 20 odd mile test ride but I’ve immediately noticed a difference, the charge is feeling a hell of a lot more spritely. Even to the point I feel I could do with a larger chainring…… let’s see how these tyres last then and hold up against winter roads. 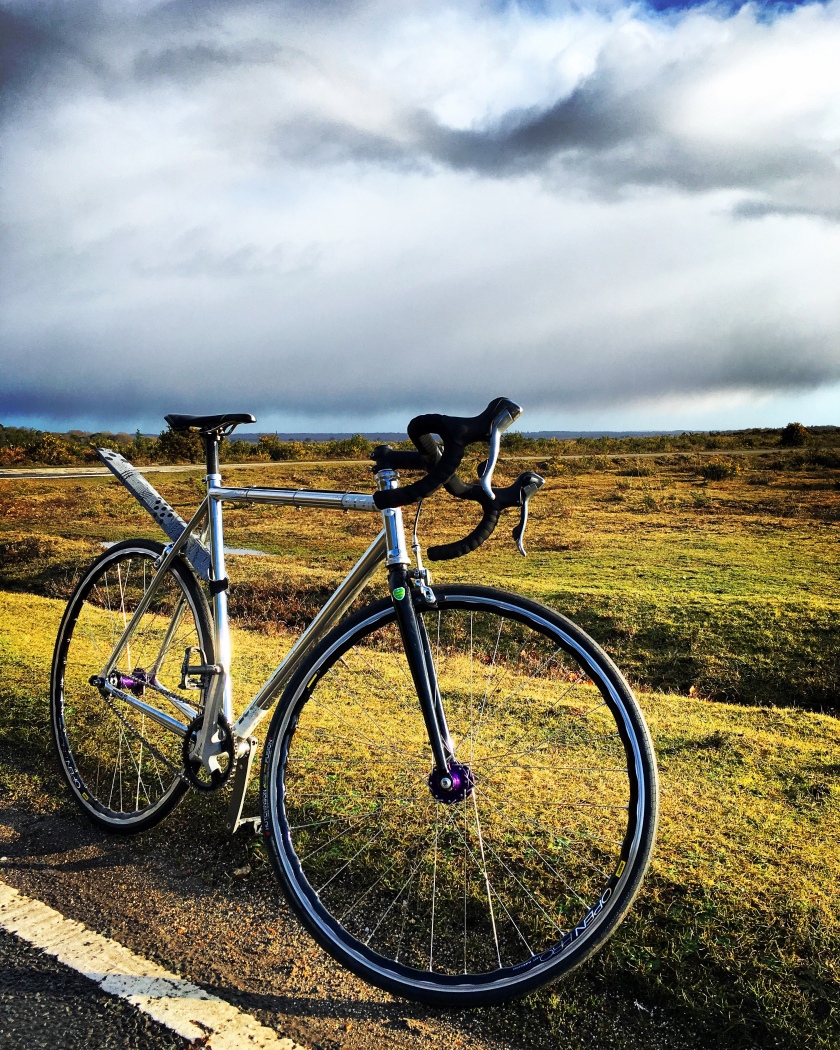