This is a back catalogue of little restoration or customisation projects I’ve completed for either myself or as commissions for others. 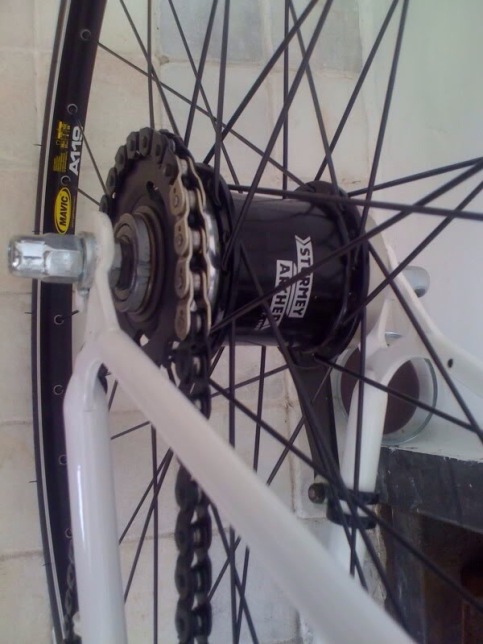 My first venture into customising. Picked it up for £5 from the local tip and wanted to have a little fun making something a little different. This is going to sound like madness throwing a few hundred quid at a £5 bike but……

The frame was shot blasted, all cable and mudguard mounts cut off, brake mounts welded up in frame and forks, bottle bosses welded up, all to give a smooth look, then powder coated white. Headset and bottom bracket replaced.

Stem and bars were polished and trimmed with Ritchey tape. Saddle was replaced with a Charge spoon, seatpost with a new black Kalloy type. Chainset was kept as original 52 tooth Raleigh custom but with the inner ring drilled off.

Wheels are the trick bit. Not that expensive but cool none the less. Front hub was a Miche low pro and rear was a Sturmey Archer S2C, both build onto 32H Mavic A319 with DT Swiss spokes. Tough, light, and with two gears (changed between with a swift short back pedal) and a coaster brake (applied with a held back pedal).

Bike was great fun, very clean looking, would free wheel, and would go up hills! although just a rear brake is OK for holy no handed skids but not the safest at speed!

This beauty was found at a car boot sale for £30. It was a Reynolds tubed, Oscar Egg lugged, mixte frame set. It had 4 speed Sturmey archer gearing, Williams cranks, GB brakes, stem, and bars, with Weinmann rims and brakes. Also had nice finishing kit with Lycett saddle, and TDC bottom bracket and headset.

Bike was completely stripped, frame shot blasted and powder coated, with period decals applied. All the components were cleaned and polished, wheels were stripped down and I rebuilt them using Sapim Laser spokes. Saddle was leather treated, and bike was reassembled using new bearings and cables.

Was great to ride, and very pretty. Now living in a very trendy part of London!

This was a build for my brother. We sourced a shop soiled Evo Pro carbon frame from Ribble in their clearance for a silly cheap price, all because of a 3mm chip in the paint on the seat tube…… ridiculous. We built this bike using most of the cast off’s from my R872 ride to work special. Tiagra full group, Rodi wheels, Deda finishing kit. for less than £300 its a great bike.

This was a commission, and was given a free licence to rebuild as I saw fitting. Bike was in a bit of a state after being caught in a house fire. Nothing really bad, but had a good coating of soot. It needed a rebuild anyway. Bike was stripped to component parts, brake calipers/seatpost/saddle/tyres/tubes/rim tapes/cables/seat bolt/cassette/chain/rear mech were ditched. As the frame was French it had Huret dropouts so GS200 mech was sourced. The original Shimano 600 shifters were saved and cassette was upgraded to 6 speed so that the indexed feature could be used. Wheels were trued and broken nipple replaced, rim tapes renewed, tyres were replaced with Vittoria Zafiro Pro, Saddle is a charge spoon, bar tape is Fizik. Original Shimano 600 brake levers were retained, Jagwire cables were used, and Shimano 600 brake calipers were sourced. All cleaned and polished, then rebuilt with period decals. Lovely bike to ride, now being used for commuting. 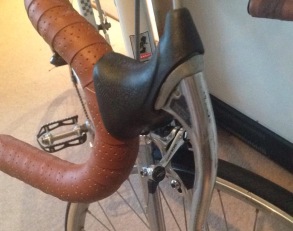 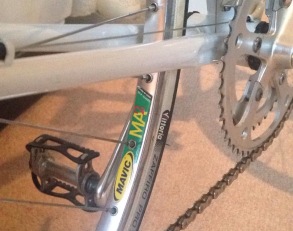 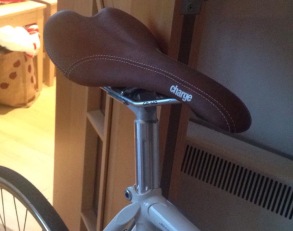 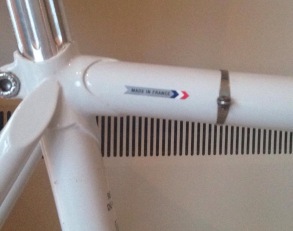 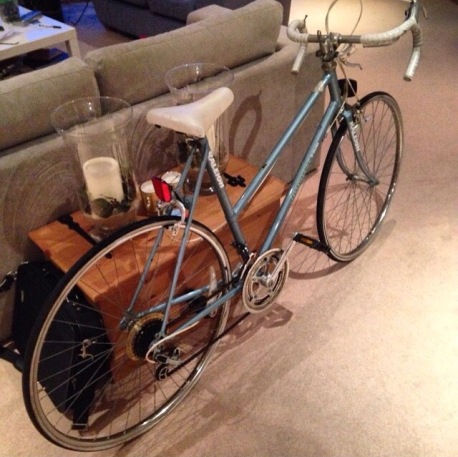 Refurbished for L’Eroica. Sourced, stripped, cleaned, and rebuilt for use in L’Eroica Britannia 2015.
1979 Raleigh Misty

This little gem was initially intended for the wife to ride Eroica Britannia on but it never happened unfortunately (had something to do with looking after out daughter!). 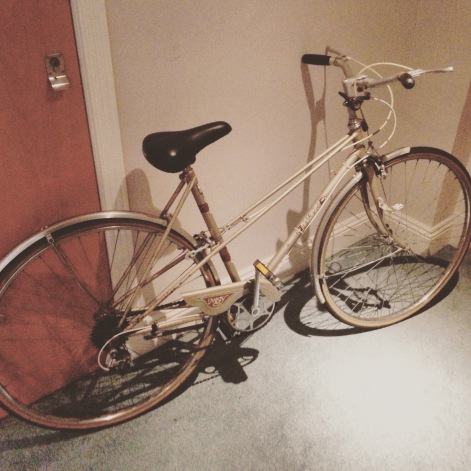 In its original colour and condition I received it in. 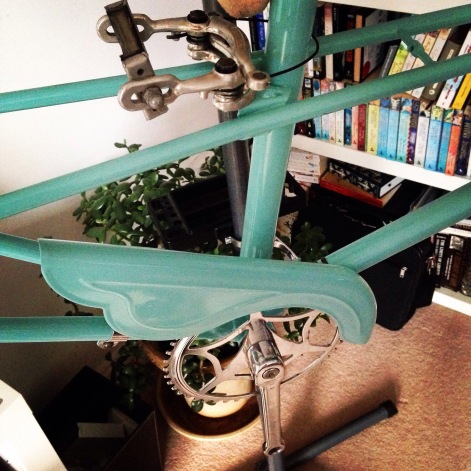 The bike was stripped to frame and fork, they went off to be powder coated, then reassembled with all new bearings and cables. Came up lovely!

Built for my brother in London after pinching his other road bike off him.