Those of you that follow my Instagram will know that recently my Ribble R872 had developed a crack in the seat tube just below the seat clamp. 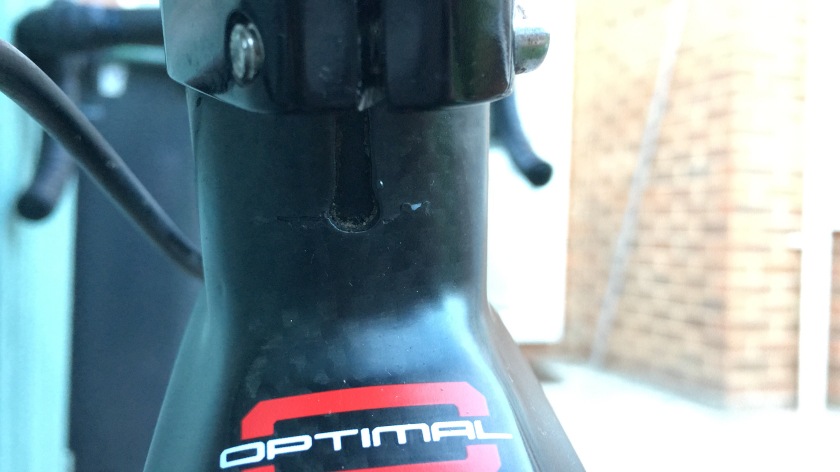 Now the bike is four years old nearly but nevertheless it shouldn’t be failing like that, especially as I’m one for looking after my kit (and my time to get out on it has be severely capped in the last twelve months or so!).

I contacted Ribble via email to see what they could do, surprisingly they offered to pick it up with no charge so they could assess. This is where things started to go a little wrong…..

Ribble organised a bike case to be sent to me, a week later nothing had arrived so I chased them. It had lost its label apparently and had been returned to them. Ok I thought these things happen and I’m in no rush so they resent it, it arrived within two days. I stripped and packed my bike up overnight and it was ready to go next day, called Ribble and a same day collection was arranged. This was a Friday, 5:30pm came and the bike was still there. Monday came and at 5:30pm the bike was still in my possession. Again jumped on the phone to Ribble to see where the collection was, only to be told the request had definitely been put through to parcel force and that Ribble couldn’t chase them, they gave me the reference number and it was up to me! Now I’m quite capable of doing this I just don’t think I should be, I’m the customer!

Things really started to get amateurish at this point. I called the local parcelforce depot to find out the collection time, only to be told that the collection manager was busy and he would call me back. That happened three times on the Tuesday with no reply. Wednesday came and the bike was finally collected, and only then did I receive a call.

Generally you would expect a 48 hour delivery/collection to be there in 48 hours yes? Friday came and I emailed Ribble to check to see if they had received my bike for piece of mind, to which they replied no and it would probably be with them Monday. The weekend passed as did Monday, on Tuesday I emailed Ribble to see if they had received my bike. They still hadn’t. They then realised that they were able to chase parcelforce and started the procedure to make a claim from them for the value of my lost bike. This involved me listing the complete spec of my bike so Ribble could build a new one as replacement.

As you can imagine this was all starting to get very drawn out and tedious, not to mention embarrassing for Ribble, and it was all down to the involvement of parcelforce. I was disappointed that my custom built bicycle was missing, pissed off at the delay, but also a little excited about the prospect of a new bike. This still wasn’t the end though (but it’s in sight so don’t worry about having too much to read!).

Parcelforce, faced with the cost of a £3000 bill for a custom bike, miraculously found my bike. Amazing what can be done when there’s an official line of complaint isn’t it! Parcel force got the bike to Ribble and they started on the warranty work asap.

Ribble assessed the frame and replaced it. Now the old R872 is no longer in production so they have replaced it with the new model! This was completed pretty sharpish by Ribble and within a day of receiving they had turned it around and it was winging its way back to me.

Despite all the faffing about I was pretty happy with Ribbles service, to replaced a bike that was questionably outside of warranty period, and to do it so quickly when they did finally do receive was impressive. The only real issue I had was I wish they had taken the reigns for chasing parcel force.

Anyway I had a nice parcel waiting for me!

And here it is unboxed…. looking forward to ripping it up this weekend finally!

I’ll let you know how it goes, expect a full write up on how I feel thenew R872 performs!